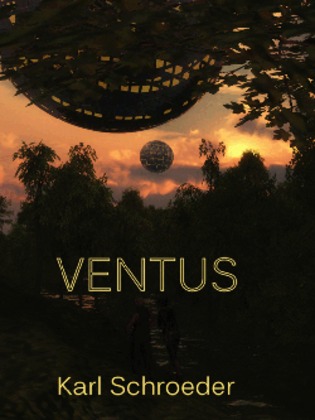 After terrifying and titanic struggles, a godlike artificial intelligence gone rogue has finally been destroyed. But not before it scattered seeds of itself throughout the galaxy.

On the terraformed planet Ventus, benign AIs -- the godlike Winds – which shaped and guarded its transformation, have fallen silent. Calandria May is sent down to the surface where she quickly finds that an extension of the rogue AI, a cyborg called Armiger, has planted a strange and powerful device in a young man named Jordan Mason. Jordan has visions. He is desperate to find their meaning and source -- desperate enough to risk awakening the Winds, perhaps invoking the power that can destroy technology to protect the environment they created.

Ventus is an epic journey across a fascinating planet with two big mysteries -- why have the Winds fallen silent? And is Armiger, or Jordan, carrying a Resurrection Seed?