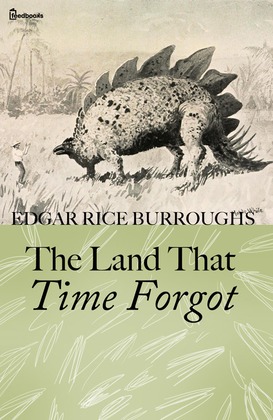 The Land That Time Forgot

Starting out as a harrowing wartime sea adventure, Burroughs’s story ultimately develops into a lost world story reminiscent of such novels as Sir Arthur Conan Doyle’s The Lost World (1912) and Jules Verne’s The Mysterious Island (1874) and Journey to the Center of the Earth (1864). Burroughs adds his own twist by postulating a unique biological system for his lost world, in which the slow progress of evolution in the world outside is recapitulated as a matter of individual metamorphosis.