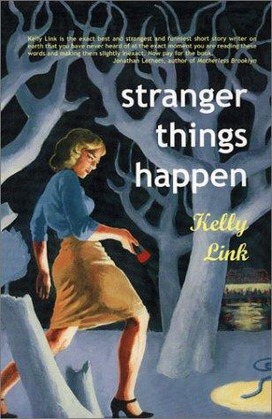 This first collection by award-winning author Kelly Link, takes fairy tales and cautionary tales, dictators and extraterrestrials, amnesiacs and honeymooners, revenants and readers alike, on a voyage into new, strange, and wonderful territory. The girl detective must go to the underworld to solve the case of the tap-dancing bank robbers. A librarian falls in love with a girl whose father collects artificial noses. A dead man posts letters home to his estranged wife. Two women named Louise begin a series of consecutive love affairs with a string of cellists. A newly married couple become participants in an apocalyptic beauty pageant. Sexy blond aliens invade New York City. A young girl learns how to make herself disappear.

These eleven extraordinary stories are quirky, spooky, and smart. They all have happy endings. Every story contains a secret prize. Each story was written especially for you.