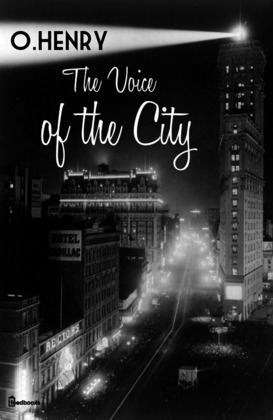 The Voice of the City

by O. Henry (Author)
Excerpt
Fiction Short stories
warning_amber
One or more licenses for this book have been acquired by your organisation details

Further Tales of the Four Million: The Complete Life of John Hopkins; A Lickpenny Lover; Dougherty's Eye Opener; Little Speck in Garnered Fruit; The Harbinger; While the Auto Waits; A Comedy in Rubber; One Thousand Dollars; The Defeat of the City; The Shocks of Doom; The Plutonian Fire; Nemesis and the Candy Man; Squaring the Circle; Roses Ruses and Romance; The City of Dreadful Night; The Easter of the Soul; The Fook Killer; Transients in Arcadia; The Rathskeller and the Rose; The Clarion Call; Extradited from Bohemia; A Philistine in Bohemia; From Each According to His Ability; The Memento; and the title story.