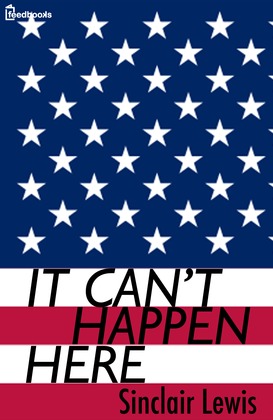 It Can't Happen Here is a semi-satirical political novel by Sinclair Lewis published in 1935. It features newspaperman Doremus Jessup struggling against the fascist regime of President Berzelius "Buzz" Windrip, who resembles Gerald B. Winrod, the Kansas evangelist whose far-right views earned him the nickname "The Jayhawk Nazi". It serves as a warning that political movements akin to Nazism can come to power in countries such as the United States when people blindly support their leaders.