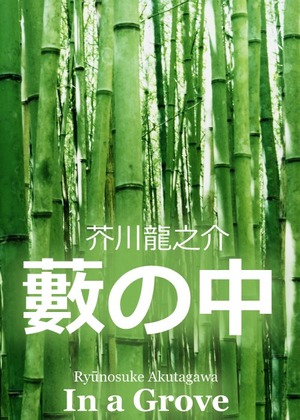 "In a Grove" is an early modernist short story consisting of seven varying accounts of the murder of a samurai, Kanazawa no Takehiro, whose corpse has been found in a bamboo forest near Kyoto. Each section simultaneously clarifies and obfuscates what the reader knows about the murder, eventually creating a complex and contradictory vision of events that brings into question humanity's ability or willingness to perceive and transmit objective truth. It is the basis for Kurosawa's "Rashoumon."
(from Wikipedia)
---
Note: The original Japanese text version is also available on Feedbooks at http://www.feedbooks.com/book/4204