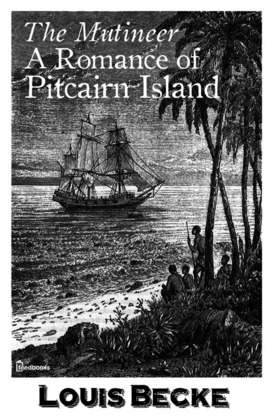 The Mutineer: A Romance of Pitcairn Island

The Mutineer: A Romance of Pitcairn Island
by Louis Becke and Walter Jeffery: The tale of the mutiny of His Majesty's armed ship Bounty, which led to the founding of the Pitcairn community, is well known. All that needs to be told here is from Tahiti with a cargo of breadfruit trees for planting in the West Indies, the master's mate, Fletcher Christian, and others of the crew mutinied. Casting adrift the Commander, Lieutenant William Bligh, and eighteen loyal officers in the ship's boat, the mutineers sailed the Bounty back to Tahiti, then to Tubuai in the Austral Group. There, relations with the inhabitants soon deteriorated and, spurred by the fear of discovery and arrest, eight of the mutineers set sail with Christian in search of an uninhabited island, secure from the outside world. To help them the men took with them six Tahitian men and, to look after them and be their consorts, twelve Tahitian women.