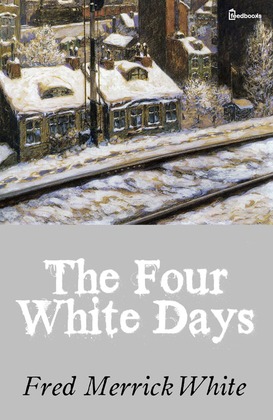 Fred M. White published this fictional story in 1903 about London in the grip of a severe 4-day arctic snow-storm, showing the hardships and consequences for which the city was unprepared, including price gouging and angry mobs.

Actually, the "The history of British winters" page at www.netweather.tv shows many severe winters, including this dramatic entry: "25th December 1836, roads impassable, snow depths reached a staggering 5-15 feet in many places, and most astonishingly, drifts of 20-50 feet!"

That entry doesn't say where in Great Britain those snowfalls occurred, but this one mentions London: "1885-1886: Snow fell in October, November, December, January, February, March, April and May! London recorded 1ft of snow in 7 hours in early January." Generally in the record, a snowfall of 6 to 12 inches in London would be considered unusually severe. Compare that with the snowfall described in this story.

First published in Pearson's Magazine, January 1903 with illustrations by Warwick Goble. Reprinted in Science Fiction By The Rivals Of H.G. Wells, Castle Books, 1979.