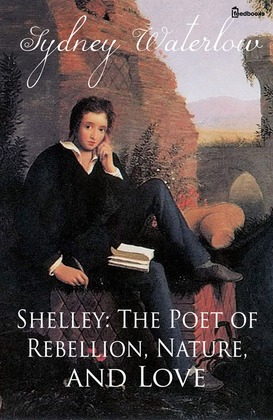 Shelley: The Poet of Rebellion, Nature, and Love

Waterlow gives a brief, unpretentious account of the life and works of Percy Bysshe Shelley, who is regarded as one of the finest lyric poets of the English language. Not merely a biography of events, this is an analysis of the age in which Shelley lived his almost 30 years (1792-1822), the character of the young man, and the messages embodied in Shelley's poems. A few quotes:

"In the case of most great writers our interest in them as persons is derived from our interest in them as writers; we are not very curious about them except for reasons that have something to do with their art. With Shelley it is different. During his life he aroused fears and hatreds, loves and adorations, that were quite irrelevant to literature; and even now, when he has become a classic, he still causes excitement as a man."

"The object of these pages is not to idealise either his life, his character, or his works. The three are inseparably connected, and to understand one we must understand all."

"... he happened to be steeped in philosophical ways of thinking. The forms in which he gave it expression are predominantly melancholy, because this kind of idealism, with its insistence on the unreality of evil, is the recoil from life of an unsatisfied and disappointed soul. His philosophy of love is but a special case of this all-embracing doctrine."

"Of all his verse, it is these songs about nature and love that every one knows and likes best. And, in fact, many of them seem to satisfy what is perhaps the ultimate test of true poetry: they sometimes have the power, which makes poetry akin to music, of suggesting by means of words something which cannot possibly be expressed in words."

Waterlow illustrates his analysis of Shelley with many excerpts from Shelley's poems. If the reader wants to understand Shelley, this book would be a good place to start, even before reading the poetry itself.