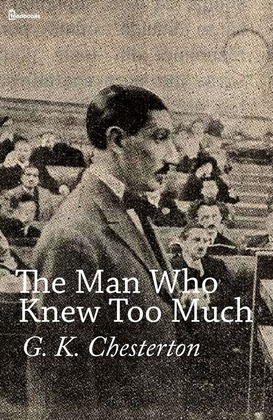 The Man Who Knew Too Much

This contains the first 8 of the 12 stories in the published book The Man Who Knew Too Much and Other Stories. In these 8 detective thrillers, the main protagonist is Horne Fisher. (The omitted four are individual stories with separate heroes/detectives.)

Due to close relationships with the leading political figures in the land, Fisher knows too much about the private politics behind the public politics of the day. This knowledge is a burden to him because he is able to uncover the injustices and corruptions of the murders in each story, but in most cases the real killer gets away with the killing because to bring him openly to justice would create a greater chaos: starting a war, reinciting Irish rebellions, or removing public faith in the government.

A film of the same title was made in 1934 and remade in 1956, both directed by Alfred Hitchcock, but the films had nothing at all in common (except the title) with these short stories. Hitchcock decided to use the title simply because he had the rights for some of the stories.