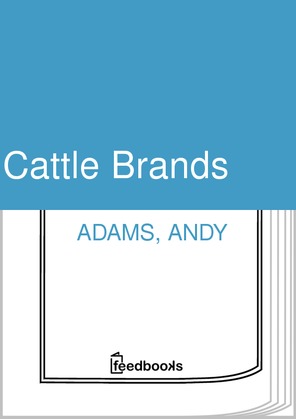 It was a wet, bad year on the Old Western Trail. From Red River north and all along was herd after herd waterbound by high water in the rivers. Our outfit lay over nearly a week on the South Canadian, but we were not alone, for there were five other herds waiting for the river to go down. This river had tumbled over her banks for several days, and the driftwood that was coming down would have made it dangerous swimming for cattle. We were expected to arrive in Dodge early in June, but when we reached the North Fork of the Canadian, we were two weeks behind time.