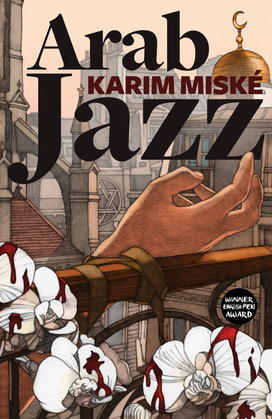 by Karim Miske (Author), Sam Gordon (Translator)
Excerpt
Fiction Mystery & detective Hard-boiled Francophone literature
warning_amber
One or more licenses for this book have been acquired by your organisation details

Kosher sushi, kebabs, a second hand bookshop and a bar: the 19th arrondissement in Paris is a cosmopolitan neighbourhood where multicultural citizens live, love and worship alongside one another. This peace is shattered when Ahmed Taroudant's melancholy daydreams are interrupted by the blood dripping from his upstairs neighbour's brutally mutilated corpse.

The violent murder of Laura Vignole, and the pork joint placed next to her, set imaginations ablaze across the neighborhood, and Ahmed finds himself the prime suspect. However detectives Rachel Kupferstein and Jean Hamelot are not short of leads. What is the connection between a disbanded hip-hop group and the fiery extremist preachers that jostle in the streets for attention? And what is the mysterious new pill that is taking the district by storm?

In this his debut novel, Karim Miské demonstrates a masterful control of setting, as he moves seamlessly between the sensual streets of Paris and the synagogues of New York to reveal the truth behind a horrifying crime.