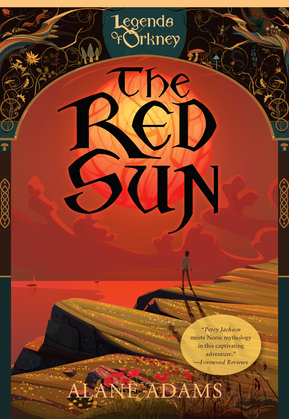 Sam Baron is about to get the shock of his life. First his substitute English teacher claims to have turned his old teacher into a lizard; then a strange dwarf named Rego arrives and claims Sam is from a magical realm called Orkney. When his friends are taken prisoner, it’s up to Sam to save them.

Sam embarks on a journey to Orkney through a stonefire to find his friends—but when he arrives, he discovers that an ancient curse has turned the sun a poisonous red and threatens to destroy the land. With only a young witch girl to guide him, Sam must choose: save his friends, or stop the red sun from consuming the land?

Drawing on Norse mythology, The Red Sun follows Sam’s journey to uncover the truth about his past—a journey during which he has to overcome the simmering anger inside of him, learn to channel his growing magical powers, and find a way to forgive the father who left him behind.