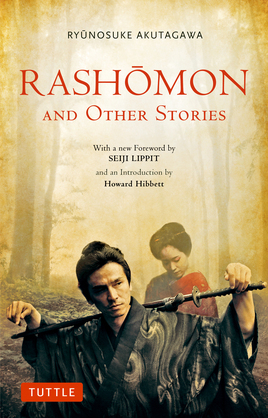 Rashomon and Other Stories

by Akutagawa,Ryunosuke (Author), Kojima Takashi (Translator)
Excerpt Buy for $14.95
Nonfiction Literary collections Asian
warning_amber
One or more licenses for this book have been acquired by your organisation details

"Clear-eyed glimpses of human behavior in the extremities of poverty, stupidity, greed, vanity… Story-telling of an unconventional sort, with most of the substance beneath the shining, enameled surface." —The New York Times Book Review

Widely acknowledged as "the father of the Japanese short story," Ryunosuke Akutagawa remains one of the most influential Japanese writers of all time. Rashomon and Other Stories, a collection of his most celebrated work, resonates as strongly today as when it first published a century ago.