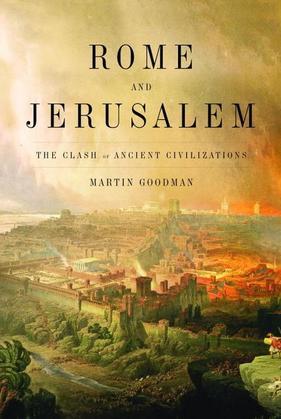 Rome and Jerusalem: The Clash of Ancient Civilizations

A magisterial history of the titanic struggle between the Roman and Jewish worlds that led to the destruction of Jerusalem.

Martin Goodman—equally renowned in Jewish and in Roman studies—examines this conflict, its causes, and its consequences with unprecedented authority and thoroughness. He delineates the incompatibility between the cultural, political, and religious beliefs and practices of the two peoples and explains how Rome's interests were served by a policy of brutality against the Jews. At the same time, Christians began to distance themselves from their origins, becoming increasingly hostile toward Jews as Christian influence spread within the empire. This is the authoritative work of how these two great civilizations collided and how the reverberations are felt to this day.