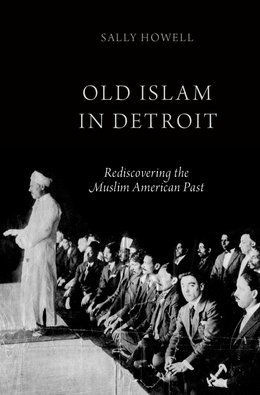 Old Islam in Detroit: Rediscovering the Muslim American Past

Across North America, Islam is portrayed as a religion of immigrants, converts, and cultural outsiders. Yet Muslims have been part of American society for much longer than most people realize. This book documents the history of Islam in Detroit, a city that is home to several of the nations oldest, most diverse Muslim communities. In the early 1900s, there were thousands of Muslims in Detroit. Most came from Eastern Europe, the Ottoman Empire, and British India. In 1921, they built the nations first mosque in Highland Park. By the 1930s, new Islam-oriented social movements were taking root among African Americans in Detroit. By the 1950s, Albanians, Arabs, African Americans, and South Asians all had mosques and religious associations in the city, and they were confident that Islam could be, and had already become, an American religion. When immigration laws were liberalized in 1965, new immigrants and new African American converts rapidly became the majority of U.S. Muslims. For them, Detroits old Muslims and their mosques seemed oddly Americanized, even unorthodox. Old Islam in Detroit explores the rise of Detroits earliest Muslim communities. It documents the culture wars and doctrinal debates that ensued as these populations confronted Muslim newcomers who did not understand their manner of worship or the American identities they had created. Looking closely at this historical encounter, Old Islam in Detroit provides a new interpretation of the possibilities and limits of Muslim incorporation in American life. It shows how Islam has become American in the past and how the anxieties many new Muslim Americans and non-Muslims feel about the place of Islam in American society today are not inevitable, but are part of a dynamic process of political and religious change that is still unfolding.