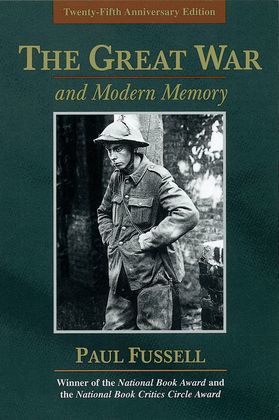 The Great War and Modern Memory

by Paul Fussell (Author)
Buy for $54.99 Excerpt
Nonfiction History World War I
warning_amber
One or more licenses for this book have been acquired by your organisation details

The year 2000 marks the twenty-fifth anniversary of the publication of The Great War and Modern Memory, winner of the National Book Award, the National Book Critics Circle Award, and recently named by the Modern Library one of the twentieth centurys 100 Best Non-Fiction Books. Fussells landmark study of WWI remains as original and gripping today as ever before: a literate, literary, and illuminating account of the Great War, the one that changed a generation, ushered in the modern era, and revolutionized how we see the world. Exploring the work of Siegfried Sassoon, Robert Graves, Edmund Blunden, David Jones, Isaac Rosenberg, and Wilfred Owen, Fussell supplies contexts, both actual and literary, for those writers who most effectively memorialized WWI as an historical experience with conspicuous imaginative and artistic meaning. For this special edition, the author has prepared a new afterword and a suggested further reading list. As this classic work draws upon several disciplines--among them literary studies, military history, cultural criticism, and historical inquiry--it will continue to appeal to students, scholars, and general readers of various backgrounds.