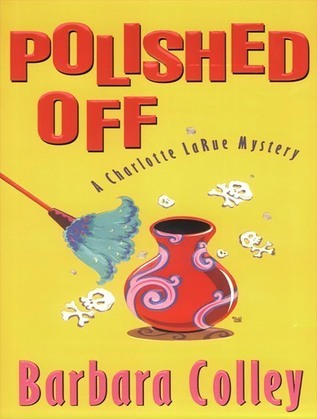 There's a case of spring-cleaning fever going around New Orleans's historic Garden District, and it's keeping Charlotte LaRue--proprietor of Maid-for-a-Day--plenty busy. Especially when what's supposed to be a simple housecleaning job ends in a grim discovery--and things start to get real dirty real fast...

Charlotte has just about had it with her sister Madeline. She's put up with her simpering sibling's selfish demands and snide comments for years, but when Maddie turns on her own son and his new bride, Charlotte's really steamed. She thinks Daniel and Nadia make a beautiful couple--and Nadia's little boy is just as cute as can be. And now that Nadia's abusive ex-boyfriend seems to be out of the picture--no one's seen the cad in ages--the new family's future looks as bright as a freshly Windex-ed mirror.

But years of polishing, scrubbing, and dusting have taught Charlotte that it's only a matter of time before things get messy. Sure enough, when she pays a visit to a wealthy client's lavish mansion, an urn breaks open--and human bones spill out. A little snooping turns up a driver's license belonging to Nadia's no-good ex. Could the bones be his, too? Before she knows it, Charlotte's up to her elbows in the kind of dirty business that doesn't pay the bills...

"Interesting characters and a suspenseful mystery combine for an enjoyable and surprising novel."
--Romantic Times