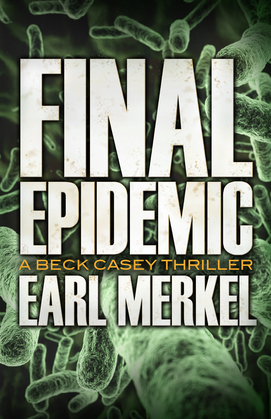 by Earl Merkel (Author)
Buy for $2.99 Excerpt
Fiction Espionage Thrillers
warning_amber
One or more licenses for this book have been acquired by your organisation details
This is how the world ends...

An invisible killer has returned. The last time it raged, upward of forty million died—in a matter of months. Now it's back, released to prey on an unsuspecting, unprotected world.

The first case appears on a flawless spring morning, initially diagnosed as a common cold—perhaps, a mild flu.

Then the deaths begin.

Beck Casey, an expert on biological warfare, is called back to his former CIA post to unravel the twisted case, and to discover if a vaccine exists. But Casey's potential allies to save the future are the worst enemies from his past.