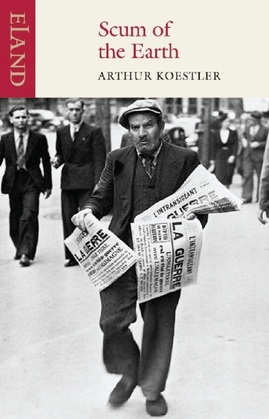 Scum of the Earth

At the beginning of the Second World War, Koestler was living in the south of France working on Darkness at Noon. After retreating to Paris he was imprisoned by the French as an undesirable alien even though he had been a respected crusader against fascism. Only luck and his passionate energy allowed him to escape the fate of many of the innocent refugees, who were handed over to the Nazis for torture and often execution. Scum of the Earth is more than the story of Koestler's survival. His shrewd observation of the collapse of French determination to resist during the summer of 1940 is an illustration of what happens when a nation loses its honour and its pride.