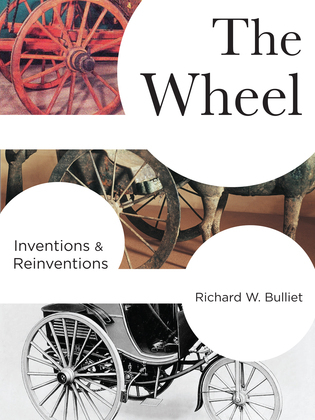 by Richard Bulliet (Author)
Buy for $26.99 Excerpt
Nonfiction History Other Science and technics Technology & engineering Industrial science and technics Inventions
warning_amber
One or more licenses for this book have been acquired by your organisation details

In this book, Richard W. Bulliet focuses on three major phases in the evolution of the wheel and their relationship to the needs and ambitions of human society. He begins in 4000 B.C.E. with the first wheels affixed to axles. He then follows with the innovation of wheels turning independently on their axles and concludes five thousand years later with the caster, a single rotating and pivoting wheel.

Bulliet's most interesting finding is that a simple desire to move things from place to place did not drive the wheel's development. If that were the case, the wheel could have been invented at any time almost anywhere in the world. By dividing the history of this technology into three conceptual phases and focusing on the specific men, women, and societies that brought it about, Bulliet expands the social, economic, and political significance of a tool we only partially understand. He underscores the role of gender, combat, and competition in the design and manufacture of wheels, adding vivid imagery to illustrate each stage of their development.