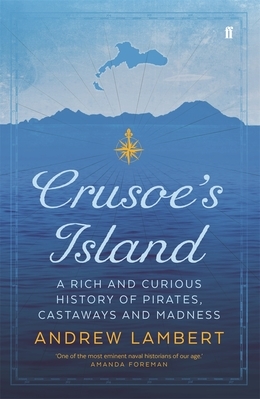 by Andrew Lambert (Author)
Buy for $18.99 Excerpt
Nonfiction History History by country Europe Great Britain Travel South America United States Other Military
warning_amber
One or more licenses for this book have been acquired by your organisation details

From an acclaimed naval historian, Crusoe's Island charts the curious relationship between the British and an island on the other side of the world: Robinson Crusoe, in the South Pacific.

The tiny island assumed a remarkable position in British culture, most famously in Daniel Defoe's novel. Andrew Lambert reveals the truth behind the legend of this place, bringing to life the voices of the visiting sailors, scientists and artists, as well as the wonders, tragedy and violence that they encountered.