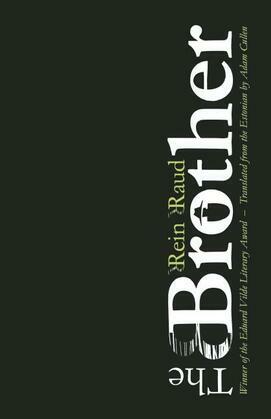 by Rein Raud (Author), Adam Cullen (Translator)
Buy for $9.99 Excerpt
Fiction Literary Nonfiction History History by country Europe Baltic states
warning_amber
One or more licenses for this book have been acquired by your organisation details

The Brother opens with a mysterious stranger arriving in a small town controlled by a group of men—men who recently cheated the stranger's supposed sister out of her inheritance and mother's estate. Resigned to giving up on her dreams and ambitions, Laila took this swindling in stride, something that Brother won't stand for. Soon after his arrival, fortunes change dramatically, enraging this group of powerful men, motivating them to get their revenge on Brother. Meanwhile, a rat-faced paralegal makes it his mission to discover Brother's true identity . . .

The first novel of Rein Raud's to appear in English, The Brother is, in Raud's own words, a spaghetti western told in poetic prose, simultaneously paying tribute to both Clint Eastwood and Alessandro Baricco. With its well-drawn characters and quick moving plot, it takes on more mythic aspects, lightly touching on philosophical ideas of identity and the ruthless way the world is divided into winners and losers.

Rein Raud is the author of four books of poetry, six novels, and several collections of short fiction. He's also a scholar in Japanese studies and has translated several works of Japanese into Estonian. One of his short pieces appeared in Best European Fiction 2015.

Adam Cullen was born and educated in Minneapolis, Minnesota, but currently resides in Tallinn where he's translated dozens of plays, stories, and poems. He's also translated three published novels, including Radio by Tõnu Õnnepalu and The Cavemen Chronicle by Mihkel Mutt.