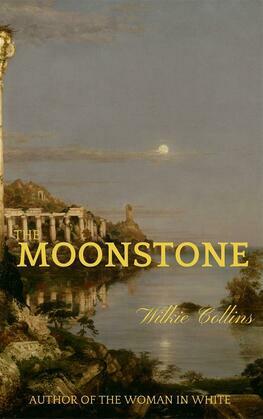 The Moonstone was described by T. S. Eliot as "the first and greatest of English detective novels."

Published in 1868, it is one of the two books (with The Woman in White) for which Collins is most famous. Several incidents in the story are taken from the real life Constance Kent Road Case and the plot is Collins at his diabolical best. Many of the story's elements have since become classic features of the detective novel: the eventual conviction of the least-likely suspect; a bungling investigation led by local police and taken over by a more perceptive, slightly eccentric detective, the idea of a 'mcguffin' or object (in this case a diamond) that everyone wants and around which the plot pivots - to name but a few of the classic tropes first seen here.