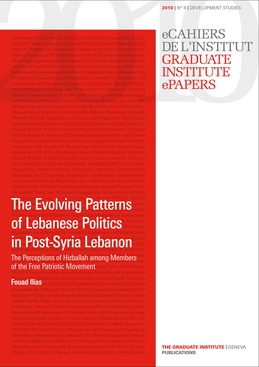 The Evolving Patterns of Lebanese Politics in Post-Syria Lebanon

by Fouad Ilias (Author)
Buy for $3.99 Excerpt
Nonfiction Social science Developing countries
warning_amber
One or more licenses for this book have been acquired by your organisation details

This work aims to shed light on the evolution of the Lebanese political arena after the withdrawal of Syrian troops in April 2005 by analyzing the perceptions of Hizballah among members of the Free Patriotic Movement (FPM), as the alliance between the two groups enters its fourth year. Hizballah is generally well portrayed among FPM members although the two constituencies have very few elements in common. Different backgrounds, confessions, political views and cultural traits distinguish them.