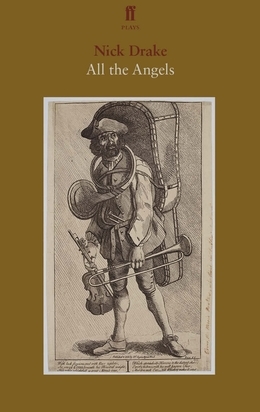 by Nick Drake (Author)
Buy for $13.84 Excerpt
Fiction Drama Nonfiction Arts Performing arts Theater Playwriting
warning_amber
One or more licenses for this book have been acquired by your organisation details

Handel's Messiah is the world's most popular choral work. But its story begins in the unlikely setting of a room above a pub in Chester, when the great composer, detained by bad weather on his way to a season of concerts in Dublin, invites some local choristers to rehearse excerpts. It is not a success. So begins Handel's struggle to stage the premiere of his masterpiece, confronted by seemingly insurmountable challenges, including the tricky librettist Charles Jennens, the actress Susannah Cibber who he trains to sing the most moving arias, and the mysterious Crazy Crow.
Nick Drake’s divine, musical play premiered at Shakespeare’s Globe in the Sam Wanamaker Playhouse, London, in June 2015. All the Angels was revived at same theatre in December 2016.