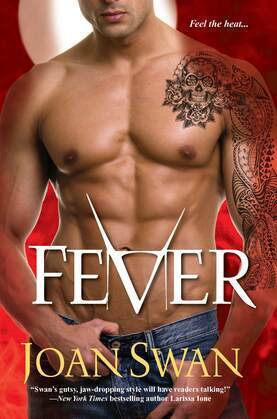 Dr. Alyssa Foster will admit to a bad boy fetish. . .

But when she finds herself face to face with a convicted murderer with a ripped body, a determination for freedom and an eye on her as his get out of jail free card, Alyssa knows she's in deep trouble. . .. Not just because Teague Creek is a prisoner desperate for freedom, but because his every touch makes her desperate for more.

A man with a life sentence has nothing to lose. . .

Teague Creek has one shot at freedom, but his plan to escape with a hostage develops a fatal flaw: Alyssa. On the run from both the law and deadly undercover operatives who know of his strange abilities, he needs to avoid trouble, but every heated kiss tells him the fire between them could be just as devastating as the flames that changed him forever.

"Fans of The Fugitive and Heroes won't be able to pass up this smart, sexy, page-turning read." --Elisabeth Naughton