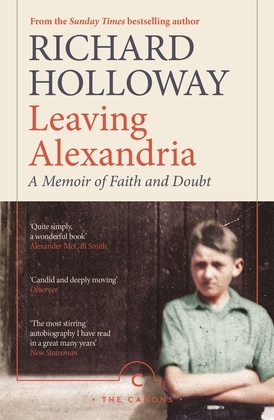 Winner of the PEN/Ackerley Prize 2013.

At the tender age of fourteen, Richard Holloway left his home town of Alexandria, north of Glasgow, and travelled hundreds of miles to be educated and trained for the priesthood at an English monastery. By the age of twenty-five he had been ordained and was working in the slums of Glasgow. Through the forty years that followed, Richard touched the lives of many people as he rose to one of the highest positions in the Anglican Church. But behind his confident public faith lay a restless heart and an inquisitive mind.

Poignant, wise and fiercely honest, Leaving Alexandria is a remarkable memoir of a life defined by faith but plagued by doubt.