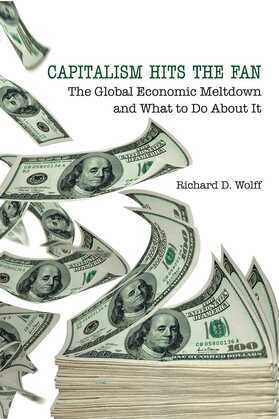 A BREATHTAKINGLY CLEAR ANALYSIS OF TODAY’S ONGOING ECONOMIC CRISIS In this updated edition of Capitalism Hits the Fan, Professor Wolff explains why capitalism's global crisis persists, why bank bailouts and austerity policies fail, and why deepening economic inequality now generates historic social tensions and conflicts and worsens the ongoing crisis. This book chronicles one economist’s growing alarm and insights as he watched, from 2005 onwards, the economic crisis build, burst, and then change the world. The argument here differs sharply from most other explanations offered by politicians, media commentators, and other academics. Step by step, Wolff shows that deep economic structures—the relationship of wages to profits, of workers to boards of directors, and of debts to income—account for the crisis. The book’s essays engage the long-overdue public discussion about capitalism as a system and about the basic structural changes needed not only to fix today’s broken economy but to prevent future crises.