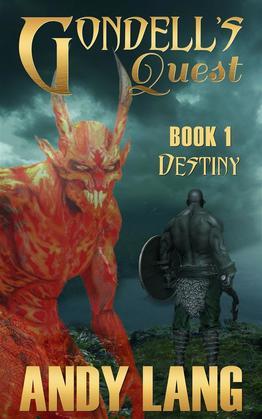 de Andy Lang (Autor)
Comprar por 4,49 € Extracto
Ficción Fantasía Epica
warning_amber
One or more licenses for this book have been acquired by your organisation details

An unlikely Hero. A Sword of Power. A race against time.

The epic story of an unsuspecting hero, dragged into a battle that all thought had been already been won.

Believable and heart warming characters that will develop into friends. A rich and beautifully described world, filled with mythical beings.

The story grips you from the first page.

Long before the dawn of man, peace reigned in the world. True evil did not exist. Or so it was thought, for the ancient evil had been defeated long before. But even the wisest can make mistakes, for a new darkness from the north began to spread across the land, insidiously, secretly, a dark and terrifying leader rising from the ashes. Gondell Lenzen had never considered himself special or important, an ordinary Gnome, leading an ordinary life. Yet, a hidden and long forgotten family heritage drew young Gondell into a chain of events that would bring the free world to the brink of disaster. As the forces of darkness mass against the armies of the Guild, only the legendary Keeper can bring certain victory. A fact that both sides know well.

The Keeper became the key.

A small team of misfits may prove to be the free worlds only hope as they struggle against the greatest odds to snatch Gondell, the Keeper of legend, from the clutches of the Dark Lord and his minions. An unlikely group. Elf, Ogre, Dwarf and Nymph partner with a Ghul, a desert demon in a desperate race. A race that they cannot afford to lose.

Gondell's Quest. An epic adventure into the world as it was before the rise of man. A story that races from deep and inhospitable deserts to the frozen lands of the north, from the high seas to the highest mountain peaks. A titanic struggle between the forces of good and evil. A story of friendships forged and loyalty won, strategies revealed, deception, fear and doom.