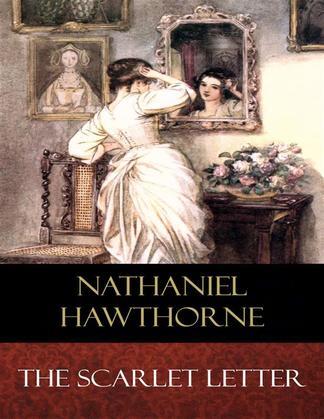 by Nathaniel Hawthorne (Author)
Buy for €1.49 Excerpt
Fiction Classics Historical Literary Romance
warning_amber
One or more licenses for this book have been acquired by your organisation details

The Scarlet Letter by Nathaniel Hawthorne.

When Hester Prynne bears an illegitimate child she is introduced to the ugliness, complexity, and ultimately the strength of the human spirit. Though set in Puritan community centuries ago, the moral dilemmas of personal responsibility, and consuming emotions of guilt, anger, loyalty and revenge are timeless.

"The scarlet letter was her passport into regions where other women dared not to tread. Shame, Despair, Solitude! These had been her teachers—stern and wild ones—and they had made her strong, but taught her much amiss." Nathaniel Hawthorne

Nathaniel Hawthorne (1804–1864) was an American novelist, Dark Romantic, and short story writer. Hawthorne published his first work, a novel titled Fanshawe, in 1828; he later tried to suppress it, feeling it was not equal to the standard of his later work. He published several short stories in periodicals, which he collected in 1837 as Twice-Told Tales.

Hawthorne's works belong to romanticism or, more specifically, dark romanticism, cautionary tales that suggest that guilt, sin, and evil are the most inherent natural qualities of humanity. Many of his works are inspired by Puritan New England, combining historical romance loaded with symbolism and deep psychological themes, bordering on surrealism. His depictions of the past are a version of historical fiction used only as a vehicle to express common themes of ancestral sin, guilt and retribution.