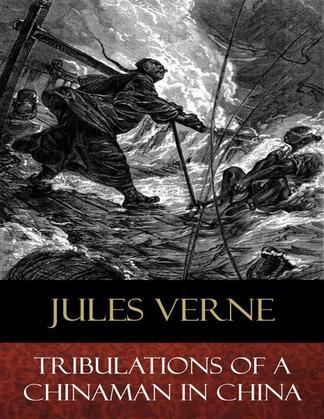 Tribulations of a Chinaman in China

The Tribulations of a Chinaman in China: Illustrated, is an adventure novel by Jules Verne, first published in 1879. The story is about a rich Chinese man, Kin-Fo, who is bored with life, and after some business misfortune decides to die.

The book is a traditional adventure, similar in style to Around the World in Eighty Days, which is one of the author's more well-known books. However, it does contain more humour as well as criticism of topics such as the British opium trade in China.

Kin-Fo, a well to do Chinese man living in Shang-Hai, is accused by his good friend Wang of not having had any discomforts in his life that would make him appreciate true happiness. When Kin-Fo, receives news that his fortune is lost, he arranges for an insurance policy to be taken out on his life that would cover his death, even by suicide; which he is planning on committing. When Kin-Fo can’t bring himself to end his own life, he contracts Wang to do it, by even giving him a letter that will exonerate him of the deed.