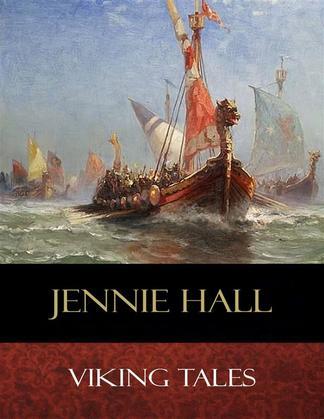 We follow the fortunes of Harald from the time he is given his own thrall at the cutting of his first tooth, through his exploits as a viking adventurer, to his crowning as King of Norway. Then population pressures at home and eagerness for adventure and booty from other lands combine to drive some of the bolder Vikings to set forth from their native land. Sailing ever westward across the Atlantic, they hop along the chain of islands that loosely connects Norway with America in search of home and adventure.

"Nights were long in Iceland winters of long ago. A whole family sat for hours around the fire in the middle of the room. That fire gave the only light. Shadows flitted in the dark corners. Smoke curled along the high beams of the ceiling. The children sat on the dirt floor close by the fire. The grown people were on a long narrow bench that they had pulled up to the light and warmth. Everybody's hands were busy with wool. As the family worked in the red fire-light, the father told of the kings of Norway, of long voyages to strange lands, of good fights."