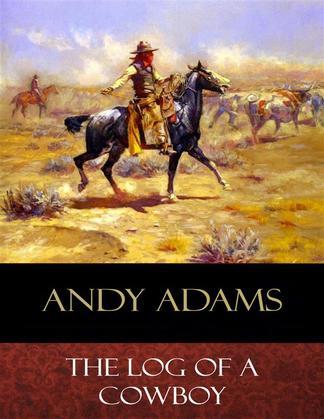 by Andy Adams (Author)
Buy for €1.49 Excerpt
Fiction Juvenile & young adult Westerns Classics Westerns Classics
warning_amber
One or more licenses for this book have been acquired by your organisation details

You probably haven't read many books written by an actual cowboy who wrote about his experience on a trail drive during the era. Andy Adams participated in a cattle drive much like that described in the book where beef cattle were driven north to feed the Indian tribes up in Montana.

The book covers a cattle drive during the heart of the era from the Rio Grande at Brownsville Texas all the way to Montana just south of Canada following the Western Trail. Of course the land wasn't mapped out very well in those days but the progress was measured by Rivers – the natural obstacles necessary to surmount and necessary to survival also. 3,100 thirsty cattle and a couple of hundred horses plus the 32 men relied on the water to stay alive.

A classic fictional chronicle of life on the open trail, THE LOG OF A COWBOY has long been considered the best and most reliable account of real cowboy life ever written.

In the years following the Civil War, Andy Adams charts his first journey as a bona fide cowboy, from south Texas to Montana along the western trail. Guided by his plainspoken, sure-saddled voice and the living, breathing feel of firsthand experience on every page, we relive dusty cattle drives, perilous river crossings, honor-based gunfights, and narrow escapes from buffalo stampedes.

Andy Adams (1859–1935) was born to pioneer parents in Indiana, worked in Texas for ten years driving cattle, and settled in Colorado Springs, where he began writing his "real" stories of cowboys in the West.

While still in his teens, Adams ran away from home. He eventually made his way to Texas, where he found work as a cowboy. From 1882 to 1893, Adams witnessed firsthand the golden era of the Texas cattle industry, a time when the cowboys ran cattle on vast open ranges still relatively unrestricted by barbed wire fences.