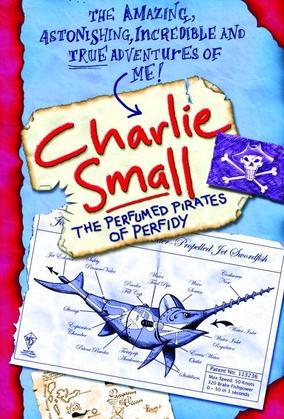 Charlie Small’s second journal of his adventures was found encased in ice, high on a glacial plateau in the Himalayas. It details even more remarkable deeds and thrilling acts aboard the Jolly Roger with the dastardly lady-pirates of perfidy–and a lot more besides. Charlie Small is a keen amateur explorer. His interests include climbing trees, collecting things, playing computer games, and football. He also enjoys conversing in the secret language of the gorillas. His present whereabouts is unknown, but we understand that he’s hoping to be home in time for tea.