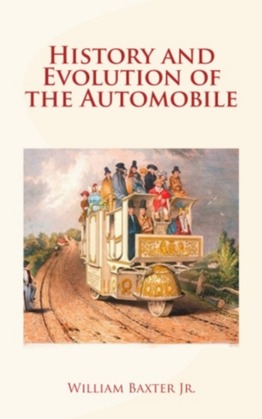 History and Evolution of the Automobile

by William Jr Baxter (Author)
Buy for $2.99 Excerpt
Nonfiction Social science Transportation Automotive History History
warning_amber
One or more licenses for this book have been acquired by your organisation details

This book presents the history of the automobile and its evolution.
The 19th century is marked by unparalleled advances in science and its applications to the industrial arts. The automobile is looked upon as an ultra progressive idea. The records, however, show that the subject engrossed the attention of inventive minds many hundreds of years ago. In fact, as far back as the beginning of the thirteenth century a Franciscan monk named Roger Bacon prophesied that the day would come when boats and carriages would be propelled by machinery.
The first authentic record of a self-propelled carriage dates back to the middle of the sixteenth century. The inventor was Johann Haustach, of Nuremburg. The device is described as a chariot propelled by the force of springs, and it is said that it attained a speed of two thousand paces per hour, about one mile and a quarter. Springs have been tried by many inventors since that time, but always without success from the simple fact that the amount of energy that can be stored in a spring is practically insignificant.
In 1763 a Frenchman by the name of Cugnot devised a vehicle that was propelled by steam, and a few years after the date of his first experiment, constructed for the French Government a gun carriage which is shown in Fig. 1. As will be seen, the design was of the tricycle type, and it was intended to mount the gun between the rear wheels. The boiler, which resembles a huge kettle, hung over the front end and was apparently devoid of a smoke stack. Motion was imparted to the front wheel by means of a ratchet. Although this invention is very crude, it must be regarded as meritorious if we consider that it was made before the steam engine had been developed in a successful form for stationary purposes.
The next effort to solve the problem was made by W. Symington in the year 1784, the carriage devised by him being illustrated in Fig. 2. This coach, although pretentious in appearance, was crude mechanically, but it actually ran. The service, however, was not what could be called satisfactory.
In 1803, Richard Trevithick brought out the carriage shown in Fig. 3, which could run. but was artistically a failure. Moreover, the machinery was such as would soon give out, even if well designed, on account of its exposed position.
Between 1805 and 1830, quite a number of steam vehicles were invented and put into practical operation...