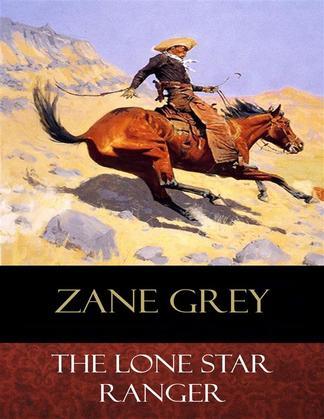 by Zane Grey (Author)
Buy for €1.49 Excerpt
Fiction Juvenile & young adult Westerns Classics Romance Western Westerns Classics
warning_amber
One or more licenses for this book have been acquired by your organisation details

The Lone Star Ranger is a Western novel published by Zane Grey in 1915. It follows the life of Buck Duane, a man who becomes an outlaw and then redeems himself in the eyes of the law.

Buck Duane is the son of a famous outlaw. Though an outlaw is not always a criminal, if the Rangers say he is an outlaw, its just as bad – he's a hunted man. After killing a man, Duane is forced to 'go on the dodge'. Duane turns up at an outlaw's hideout, still revolting at the idea of outlawry. Worse still, all the men he kills haunt him, for years. At the outlaw hideout, he meets a kidnapped, beautiful young woman and desires to see her free. In the second part of the book, Duane joins the Rangers, who want him to clear the frontier of outlaws, in return for the governor's pardon of his illegal deeds.

Pearl Zane Grey (1872–1939) was an American author best known for his popular adventure novels and stories that were a basis for the Western genre in literature and the arts; he idealized the American frontier. Riders of the Purple Sage (1912) was his best-selling book. In addition to the commercial success of his printed works, they had second lives and continuing influence when adapted as films and television productions. As of 2012, 112 films, two television episodes, and a television series, Dick Powell's Zane Grey Theater, had been made that were based loosely on Grey's novels and short stories.