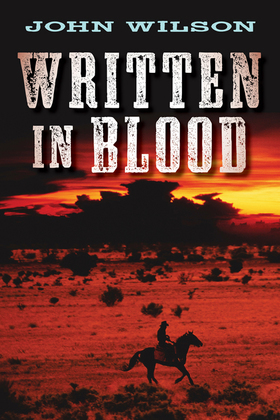 Set in the harsh desert world of the Arizona Territory and northern Mexico during the 1870s, Written in Blood, the first installment of the Desert Legends Trilogy, follows young Jim Doolen as he attempts to find some trace of the father who abandoned his family ten years earlier. As he travels through a scorched landscape very different from the lush West Coast forests of his home, Jim crosses paths with an assortment of intriguing characters, including an Apache warrior, a cave-dwelling mystic, an old Mexican revolutionary and a mysterious cowboy. And with each encounter he learns something more of the strange world he has entered and adds one more link in a chain that leads back to his father-and back to a dark, violent past. As his story approaches its thrilling conclusion in a ruined Mexican hacienda, Jim comes to realize that his father's life was much more complex than he had imagined, and that, in discovering his past, he has opened the way to his future.