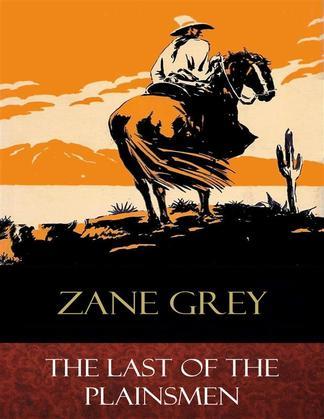 The Last of the Plainsmen

This is the record of a trip which the author took with Buffalo Jones, known as the preserver of the American bison, across the Arizona desert and of a hunt in “that wonderful country of deep cañons and giant pines.”

It was said of "Buffalo Jones," one of the last of the famous plainsmen who trod the trails of the Old West. Killing was repulsive to him and the passion of his life was to capture wild beasts alive. When he saw that the extinction of the buffalo was inevitable, he labored for ten years pursuing, capturing and taming the noble beasts, for which the West gave him fame and the name Preserver of the American Bison. In this thrilling story of a hunting trip with Jones, Zane Grey speaks firsthand of the great man's courage and prowess; how he roped the ferocious cougar and took it, clawing and spitting, back to camp; how he nearly captured White King, the glorious leader of a herd of wild mustangs; and how the whole party made camp under the aurora borealis and hunted polar wolves.