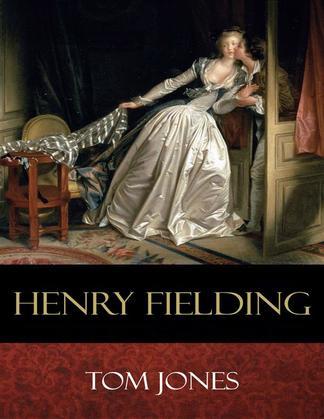 by Henry Fielding (Author)
Buy for €1.49 Excerpt
Fiction Romance Classics Literary Contemporary
warning_amber
One or more licenses for this book have been acquired by your organisation details

One of the top novels of English Literature and the best work of Henry Fielding (1707-1754). The story of Tom Jones the Founder is a picaresque novel meticulously constructed, planned and executed. The main objective of the author was to present the multiplicity of the world and the nature of man, describing a society rich in contradictions, hypocritical and full of injustices.

A foundling of mysterious parentage brought up by Mr. Allworthy on his country estate, Tom Jones is deeply in love with the seemingly unattainable Sophia Western, the beautiful daughter of the neighboring squire—though he sometimes succumbs to the charms of the local girls. When Tom is banished to make his own fortune and Sophia follows him to London to escape an arranged marriage, the adventure begins. A vivid Hogarthian panorama of eighteenth-century life, spiced with danger and intrigue, bawdy exuberance and good-natured authorial interjections, Tom Jones is one of the greatest and most ambitious comic novels in English literature.

The History of Tom Jones, a Foundling, often known simply as Tom Jones, is a comic novel by the English playwright and novelist Henry Fielding. The novel is both a Bildungsroman and a picaresque novel. First published on 28 February 1749 in London, Tom Jones is among the earliest English prose works describable as a novel, and is the earliest novel mentioned by W. Somerset Maugham in his 1948 book Great Novelists and Their Novels among the ten best novels of the world. Totaling 346,747 words, it is divided into 18 smaller books, each preceded by a discursive chapter, often on topics unrelated to the book itself. It is dedicated to George Lyttleton.

Though lengthy, the novel is highly organised; S. T. Coleridge argued that it has one of the "three most perfect plots ever planned". Although critic Samuel Johnson took exception to Fielding's "robust distinctions between right and wrong", it became a best seller, with four editions being published in its first year alone. Tom Jones is generally regarded as Fielding's greatest book, and as a very influential English novel.

The main theme of the novel is the contrast between Tom Jones's good nature, flawed but eventually corrected by his love for virtuous Sophia Western, and his half-brother Blifil's hypocrisy. Secondary themes include several other examples of virtue (especially that of Squire Allworthy), hypocrisy (especially that of Thwackum) and just villainy (for example Mrs. Western, Ensign Northerton), sometimes tempered by repentance (for instance Square, Mrs. Waters, née Jones).

Both introductory chapters to each book and interspersed commentary introduce a long line of further themes. For instance, introductory chapters dwell extensively on bad writers and critics, quite unrelated to the plot but apologetic to the author and the novel itself; and authorial commentary on several characters shows strong opposition to Methodism, calling it fanatical, heretical, and implying association of hypocrites, such as the younger Blifil, with it.

The novel takes place against the historical backdrop of the Forty-Five. Characters take different sides in the rebellion, which was an attempt to restore Roman Catholicism as the established religion of England and to undo the Glorious Revolution. At one point Sophia Western is even mistaken for Jenny Cameron, the supposed lover of Bonnie Prince Charlie. Good-natured characters are often modestly loyalist and Anglican, even Hanoverian, while ill-natured characters or only mistaken ones can be Jacobites or just anti-Hanoverians.

Henry Fielding (1707–1754) was an English novelist and dramatist best known for his rich, earthy humour and satirical prowess, and as the author of the novel Tom Jones.