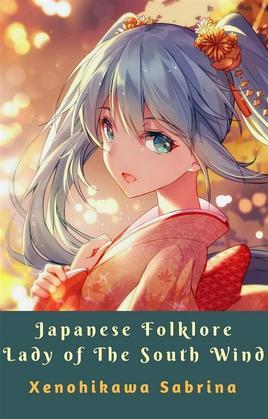 In ancient days two samurai dwelt in Sendai of the North. They were friends and brothers in arms.

Or ever a year had passed over their innocent heads the children were betrothed to one another. And as a token the wife of Saito gave a golden comb to the wife of Hasunuma, saying: “For the child’s hair when she shall be old enough.” Aiko’s mother wrapped the comb in a handkerchief, and laid it away in her chest. It was of gold lacquer, very fine work, adorned with golden dragon-flies.

This was very well; but before long misfortune came upon Saito and his house, for, by sad mischance, he aroused the ire of his feudal lord, and he was fain to fly from Sendai by night, and his wife was with him, and the child. No man knew where they went, or had any news of them, nor of how they fared, and for long, long years Hasunuma heard not one word of them.

The child Aiko grew to be the loveliest lady in Sendai. She had longer hair than any maiden in the city, and she was the most graceful dancer ever seen. She moved as a wave of the sea, or a cloud of the sky, or the wild bamboo grass in the wind. She had a sister eleven moons younger than she, who was called Aiyamé, or the Water Iris; and she was the second loveliest lady in Sendai. Aiko was white, but Aiyamé was brown, quick, and light, and laughing. When they went abroad in the streets of Sendai, folk said, “There go the moon and the south wind.”