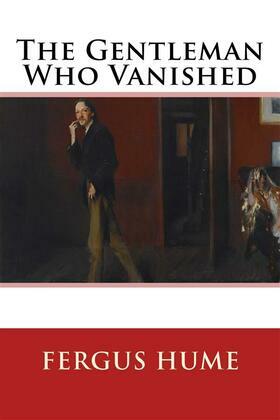 The Gentleman Who Vanished

by Fergus Hume (Author)
Buy for €1.99 Excerpt
Fiction Mystery & detective Hard-boiled
warning_amber
One or more licenses for this book have been acquired by your organisation details

An argument over a game of cards turns deadly in this tense British murder mystery from Fergus Hume, author of The Wooden Hand.

Hot-tempered gambler Adrian Lancaster is down on his luck. His friend Philip Trevanna is pressing him to settle a thousand pound debt, suggesting he ask his new heiress wife Olive Maunders for the money. When Adrian rejects the idea, Philip taunts him and cruelly rifles a deck of cards into his face. Adrian reacts by hurling a decanter at Philip which hits his friend hard on the head and cracks his skull open.

Adrian panics and, after feeling Philip for a pulse, impulsively flees the scene, reasoning that the shame of being associated with a murderer would be too much for Olive to bear. He feverishly walks the empty moonlit streets of London, wrestling with his conscience. But there is something he doesn’t know …

Philip isn’t dead and now he wants more than just a thousand pounds from Adrian.