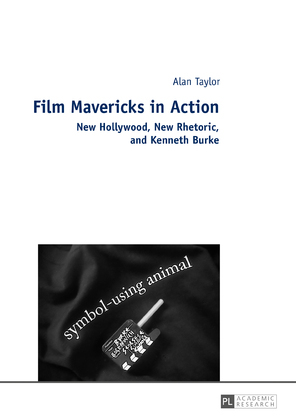 by Alan Taylor (Author)
Buy for $80.80 Excerpt
Fiction Drama
warning_amber
One or more licenses for this book have been acquired by your organisation details

The book?s ambition is to uniquely yoke familiar histories of New Hollywood with aspects of critical theory that, since the 1950s, have embraced advances in the New Rhetoric as pioneered by literary theorist, philosopher, social analyst and educator Kenneth Burke (1897?1993). The study tracks the career arcs of Hollywood film directors Peter Bogdanovich, Martin Scorsese, Michael Cimino and Francis Ford Coppola whose productions are regarded as Burkean perspectives by incongruity. This analysis is contextualized within an overview that, from the 1920s to the present, considers Hollywood as a "languaged industry" that is grounded in Burkean principles of Order, identification, hierarchy, courtship and ambiguities of substance. The project is designed to serve the interests of colleagues and students in Rhetorical Theory, Film Education, Creative Writing, American Studies, Production Studies, and Film and Media Studies.