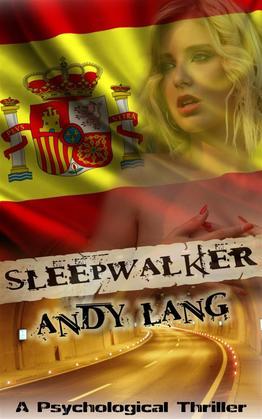 by Andy Lang (Author)
Excerpt Buy for €2.99
Fiction Mystery & detective Police procedural Romance Suspense Suspense
warning_amber
One or more licenses for this book have been acquired by your organisation details

Sleepwalker: An eighteen year old blonde with a penchant for older men and public nudity! A jaded member of Spain's Guardia Civil and a deranged serial killer!

I am the over-man, I establish the new order, as Nietzsche so eloquently relates what is an ape to man, an embarrassment, a link to the past, a past without enlightenment, so I see man, so more like the apes than me, so limited in capacity, so devoid of morality.”

Deborah Grant is a normal, healthy teenager. A girl standing at a crossroads in her young life, and she has a decision to make:

Allow her loving yet domineering father dictate her future, or, strike out on her own, follow her heart and dare to dream?

A long holiday is what she needs and the Costa del Sol has beckoned. Fuengirola has welcomed the buxom blonde into its sun-drenched embrace.

But the Spanish resort reveals deeply buried desires, desires that she had never dared to dream lived inside her, desires that cause Deborah to rise from her bed in the early hours... and in a trance, she walks.

Disturbing, yet harmless she imagines...

Until the morning that she wakes to a nightmare discovery.

Suddenly, Debbie is terrified to close her eyes!

Sleepwalker, a psychological thriller with a hint of spice!

Caution: Please note that this novel includes some adult themes (nudism and exhibitionism)