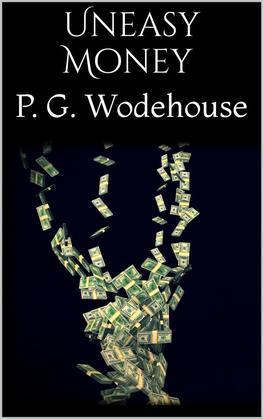 by P. G. Wodehouse (Author)
Buy for €2.99 Excerpt
Fiction Humorous
warning_amber
One or more licenses for this book have been acquired by your organisation details

In a day in June, at the hour when London moves abroad in quest of lunch, a young man stood at the entrance of the Bandolero Restaurant looking earnestly up Shaftesbury Avenue—a large young man in excellent condition, with a pleasant, good-humoured, brown, clean-cut face. He paid no attention to the stream of humanity that flowed past him. His mouth was set and his eyes wore a serious, almost a wistful expression. He was frowning slightly. One would have said that here was a man with a secret sorrow. William FitzWilliam Delamere Chalmers, Lord Dawlish, had no secret sorrow. All that he was thinking of at that moment was the best method of laying a golf ball dead in front of the Palace Theatre. It was his habit to pass the time in mental golf when Claire Fenwick was late in keeping her appointments with him. On one occasion she had kept him waiting so long that he had been able to do nine holes, starting at the Savoy Grill and finishing up near Hammersmith. His was a simple mind, able to amuse itself with simple things.