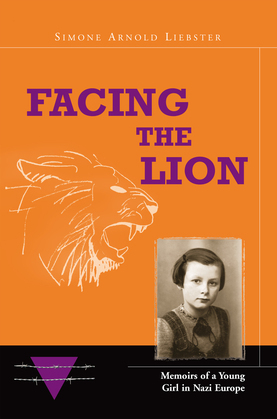 FACING THE LION is the autobiographical account of a young girl?s faith and courage. In the years immediately preceding World War II, Simone Arnold is a young girl who delights in life ? her doting parents, her loving aunts and uncles, and her grandparents at their mountain farm in the Alsace-Lorraine region of France. As Simone grows into her preteen years, her parents turn from the Catholic Church and become devout Jehovah?s Witnesses. Simone, too, embraces the faith. The Nazi party (the ?Lion?) takes over Alsace-Lorraine, and Simone?s schools become Nazi propaganda machines. Simone refuses to accept the Nazi party as being above God. Her simple acts of defiance lead her to be persecuted by the school staff and local officials, and ignored by friends. With her father already taken away to a German concentration camp, Simone is wrested away from her mother and sent to a reform school to be ?reeducated.? There, Simone learns that her mother has also been put in a camp. Simone remains in the harsh reform school until the end of the war. She emerges feeling detached from life, but the faith that sustains her through her ordeals helps her rebuild her world. Facing the Lion provides an interesting and detailed view of ordinary country and town life in the pre-war years and during Hitler?s regime. This inspiring story of a young girl standing up for her beliefs in the face of society?s overwhelming pressure to conform is a potent reminder of the power of remaining true to one?s beliefs.

? ?a compelling read. As Simone?s daily life changes from the simplicity of her earliest days, we see, with her, the corrupting impact of German occupation. With her, and through her story, we come to put new pictures to the familiar story of the Nazi regime. This is a book to read from cover to cover. It is hard not to be transported into Simone?s world and impossible not to understand, through her, something more about the terrible years of the Third Reich. Thank you, Simone, for telling us your story.?
Christine E. King, President Staffordshire University, United Kingdom.