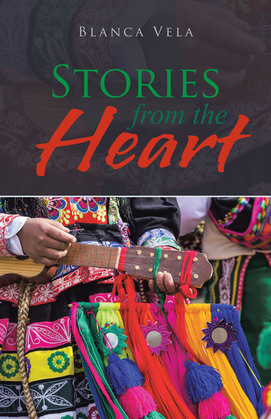 Stories from the Heart

by Blanca Vela (Author)
Buy for $3.99 Excerpt
Fiction
warning_amber
One or more licenses for this book have been acquired by your organisation details

After a few moments, she opened her eyes and realized what happened. Her only thought was to find her family. She struggled to get herself free from branches that fell on her during the earthquake. Xotchil then yelled of the pain that she felt when trying to get on her feet. She knew that she would not be able to get to her home. She dragged herself through the forest and finally reached the road. Just as she saw a car approaching, she fell to the ground, unconscious. A couple who were on vacation stopped and took her to the closest hospital.

Depressed, sad, and with no motivation, I agreed to meet a friend for a drink after work. She wasnt there when I arrived, so decided to sit close to the entrance so I could see her when she walked in. I noticed a young woman a few tables across me. Suddenly, she came up to me and asked if she could join me since she also was waiting for someone. We talked and didnt realize the time. The funny thing was, neither of our friends showed up. This complete stranger changed my life as her words filled my spirit.

I go to the attic and wow! What do we have here? A sack full of pictures, letters, toys, and many memories. Who are these people? Oh, I know. Its my childhood friend and I playing together like we always did.

Time has passed and these friends went different ways. After years, they meet again and restart their friendship.

He joined the marines in the times of Vietnam. He is a very smart young man who had his future well planned. Never did he imagine that that war would change him and his dreams.

Growing up, my son had many friends. Some shared the same passion for soccer. These friends were always together. They all were responsible and hardworking young men. Several of them went through rough times while they were growing. Because of this, they valued every success they accomplished. Truly, I say, how many of those people we call friends are there to demonstrate the friendship? Not many. My sons friends did.
They were always there for each other. Some were discriminated due to their race and color of their skin. Others were homeless at one point, yet they forgot of their problems once they were on the field playing soccer.

Jose couldnt believe the horrific experience he was living. He had a peaceful life with his mother and stepfather until the Maras threatened him to join them or he would be killed. He left his hometown to reach a country he didnt know. To get to this country, he had to cross two others. He was only eleven and was obligated to become mature before his time. He experienced many situations throughout his journey. The majority was very unpleasant and hurtful, yet he encountered good people who helped him.