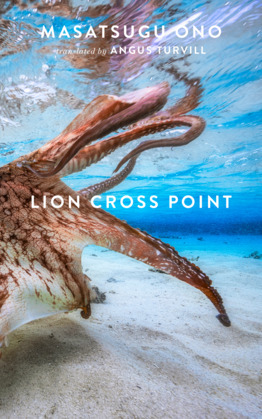 by Masatsugu Ono (Author), Angus Turvill (Translator)
Buy for $9.99 Excerpt
Fiction Literary Asian literature Japanese literature
warning_amber
One or more licenses for this book have been acquired by your organisation details

A "Book You Should Read This April" at Literary Hub

"This is a book of the first order. A haunting mystery, it is about parents and children, about war and peace. Surely this book means that Masatsugu Ono belongs in the first ranks of not just Japanese literature but world literature." — Akhil Sharma author of Family Life


“A mesmeric fusion of fable, ghost story and haunting depiction of family trauma. . . . It’s the shifting relationship between Takeru’s shameful memories of what transpired and his gradual adjustment to the kindhearted people and landscapes of his mysterious new surroundings that makes the novel both unsettling and quietly moving.” — San Francisco Chronicle


"Lion Cross Point is a MASTERPIECE. Just finished it. It is too beautiful; hard to imagine that much depth of emotion is possible in 120 pages." — Sara Balabanlilar, Brazos Bookstore

"Ono uses minimalist language and metaphor to create a gentle yet powerful rendering of the inner turmoil of a boy struggling to comprehend acts of kindness and violence." — Publishers Weekly

"Masatsugu Ono’s lucid, spare novel explores the question: What is finally more mysterious than family? It is not the unraveling of a mystery, but the tangible evocation of mystery itself as it rises from anecdotes and intuitions, from the layering of the innuendos of memory with the overtones and undertones of dream and seascape, that distinguishes this hauntingly written and beautifully translated book." — Stuart Dybek, author of The Coast of Chicago

"Masatsugu Ono’s work vibrates with the sounds of voices whose meaning has yet to be discovered. In Lion Cross Point, even those who have been deprived of their voice find their place among us." — Yoko Tawada, author of Memoirs of a Polar Bear

"Masatsugu Ono, one of the most important Japanese novelists of the post-Murakami generation, has created a lyrical, psychologically astute novel that will only whet international appetites for more of his work." — Jeffrey Angles, 2017 Yomiuri Prize recipient