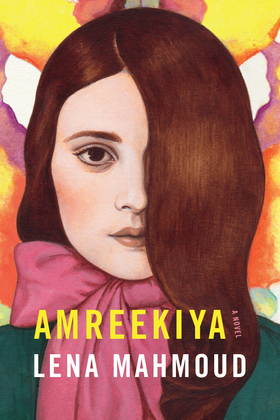 by Lena Mahmoud (Author)
Buy for $24.95 Excerpt
Fiction Literary English literature American and Canadian literature
warning_amber
One or more licenses for this book have been acquired by your organisation details

Isra Shadi, a twenty-one-year-old woman of mixed Palestinian and white descent, lives in California with her paternal amu (uncle), amtu (aunt), and cousins after the death of her mother and abandonment by her father at a young age. Ever the outcast in her amu and amtu's household, they eagerly encourage Isra to marry and leave. After rejecting a string of undesirable suitors, she marries Yusef, an old love from her past.

In Amreekiya, author Lena Mahmoud deftly juggles two storylines, alternating between Isra's youth and her current life as a married twentysomething who is torn between cultures and trying to define herself. The chapters chronicle various moments in Isra's narrative, including the volatile relationship of her parents and the trials and joys of forging a partnership with Yusef. Mahmoud also examines Isra's first visit to Palestine, the effects of sexism, how language affects identity, and what it means to have a love that overcomes unbearable pain.

An exploration of womanhood from an underrepresented voice in American literature, Amreekiya is simultaneously unique and relatable. Featuring an authentic array of characters, Mahmoud's first novel is a much-needed story in a divided world.