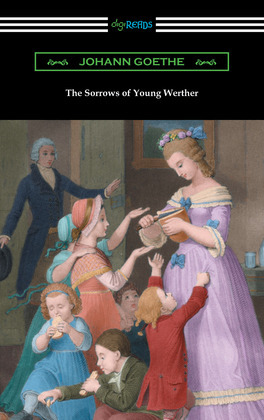 The Sorrows of Young Werther (translated by R. D. Boylan)

by Johann Goethe (Author)
Buy for $4.99 Excerpt
Fiction Classics
warning_amber
One or more licenses for this book have been acquired by your organisation details

First published in 1774, ?The Sorrows of Young Werther? is the loosely autobiographical epistolary novel by German author Johann Wolfgang von Goethe. This classically tragic story is one of unrequited love. During a stay in the fictional village of Wahlheim, Werther becomes enamored with the simple ways of the peasantry there. He meets and falls in love with the beautiful young Lotte, despite her engagement to Albert. The highly emotional Werther is overcome with grief over the fact that the one that he loves will marry another. Despite this fact, he develops a friendship with the couple over the next few months. Eventually his pain becomes so great that he must take his leave. After a time he returns, but seeing the couple now married brings his grief to an extreme that he can no longer bare, which leads to the novel?s epically tragic conclusion. Cited as a major work from the ?Sturm und Drang? period of German literature, which would be highly influential of the Romantic period to come, ?The Sorrows of Young Werther? was Goethe?s most famous work during his lifetime, one which would bring him instant international fame. This edition follows the translation of R. D. Boylan and includes a biographical afterword.